Chile is a dream vacation for outdoor enthusiasts. Desolate moonscapes and pink flamingo-filled lagoons fill chiles northern deserts, and fertile vineyards dominate the central valley. Walk through the untamed rainforests of the lake district or head down south to the mighty glaciers and peaks of storied patagonia. Chile is packed with mind-boggling possibilities. More...
Top things to do
Showing flights for:

Chile info: Chile is a dream vacation for outdoor enthusiasts. Desolate moonscapes and pink flamingo-filled lagoons fill chiles northern deserts, and fertile vineyards dominate the central valley. Walk through the untamed rainforests of the lake district or head down south to the mighty glaciers and peaks of storied patagonia. Chile is packed with mind-boggling possibilities.
Outdoor playground: Chile is a playground for lovers of the great outdoors, a country blessed with limitless deserts, ancient volcanoes, emerald lakes and the magnificent andes as backdrop wherever you travel. Its culture is equally intriguing.
Chile info more-- Chile was named south america’s leading adventure tourism destination at the world travel awards for a third consecutive year.
Chile Costs: Chile is an expensive country to visit. In my experience, the food and transport tend to be expensive when compared to colombia, ecuador, and peru. It usually costs $10 and more for a meal, and the fare for taking a long-distance bus is higher than its neighbor countries as well.
Climate in chile Chile is one of the longest north-south countries in the world, extending across 38 degrees of latitude and its climate varies significantly along its length. If you are in the south you are likely to be experiencing a cold alpine climate. If you’re further north in central chile, the climate is more of a temperate mediterranean climate.

Major hub: Santiago de chile The main airport is in santiago and the majority of intercity and international buses arrive here as well. Beware of taxi scams in santiago chile.
Transport in chile For backpackers on a limited budget, buses are a great way to get around. There are many bus companies that offer comfortable, safe and reliable services. Busbud is a very useful online platform for finding services and booking tickets.
Getting around chile: Overnight buses, though not very punctual, are very comfortable covers most of the popular tourist location. Be sure to get the cama seat for your overnight buses. For chile, turbus and pullman provide a great range of buses that covers many popular locations. Flying is too expensive for budget travelers, although some people fly from santiago to the atacama desert or to patagonia to avoid the very long bus ride.
Bus ride from Santiago, chile to Atacama/Copiapo, Chile? Turbus operates a bus from santiago to copiapo (atacama) every 2 hours. Tickets cost $21 - $60 and the journey takes 10h 30m. 11 other operators also service this route.
Travel advice for visitors to chile Popular tourist spots and transport hubs are also prime targets so be mindful of your surroundings and belongings. If you travel by bus, do not place any valuables in the storage compartments. If you make use of any taxi services, you should book them by phone rather than hailing one on the street.

Where to stay in San Pedro de Atacama, Chile Hotel Tierra de Atacama: It is a cute boutique spa hotel with a lovely view of the famous licancabur volcano. It is an all inclusive hotel with tours included in the price.
Santiago stay: Aji hostel offers digs near the bellavista district with breakfast and dinner included (dorm bed from £9). Princesa insolente hostel, located in the brasil district about 2 kilometres west of plaza de armas. It’s about a half-hour walk to the city centre.
Hostels in Chile The cheapest hostel we could find was a bed in 6 dorm room for 10,000 clp (15 usd) and it was crammed with beds and no lockers. They have very spacious rooms, many common areas and many of them have an outside terrace with a pool.
Valparaiso, chile The most beautiful areas of valparaiso are cerro conception and cerro alegre, which are both good for getting a hotel at. Cerro conception and cerro alegre are also the places where you find the most skillful street paintings.
The Aysen region of patagonian chile At the tip of the fjord sat puyuhuapi, a sleepy place with a few spots for camping and some basic guesthouses.
Hotel Mi Casa, Chaiten, Chile Despite its size, a small town chaiten in southern chile is not a place to be skipped. On the contrary, for many travelers, it is a significant and unmissable stop on their itineraries. For us (as for many others), chaiten was the beginning of our patagonia trip while for the other group of visitors, the town means the end of the ultimately picturesque carretera austral journey.
Hotel Alaia, Punta de lobos, Chile A popular surf hangout, it is famed for its consistent breaks. Away from the crowds, the punta de lobos peninsular is wild, raw and windswept. Effortlessly blending with the natural surroundings, hotel Alaia is designed with chilean spirit in mind.
Singular hotel, Santiago, Chile Due to the short time we were staying, location was important to us as well as a comfortable, relaxing place that included breakfast. We chose to stay at the singular hotel santiago.
The 5 best patagonian lodges in chile The 5 Best Patagonian Lodges. #5 – Valle Chacabuco Lodge. The lodge at valle chacabuco. #4 – Patagonia Camp. The yurts at the Patagonia Camp. #3 – Espejo de Luna. Espejo de Luna, Eco-Hotel in a grounded boat. #2 – Hotel Las Torres. Hotel Las Torres. #1 Tierra Patagonia.

A taste of chile Somewhat like the british with their meat and two veg, traditional chilean food is simple, safe and somewhat unimaginative. But recent years have seen chilean gastronomy reaching global standards and global influence appearing in chilean dishes.
Guide to food in chile The coastal region is known for for having some of the best seafood in the world and it is possible to eat almost every type of sea animal including urchins, octopus, barnacles, clams, oysters, etc, along with more typical fare. Chupe is a seafood casserole cooked in a cheesy, buttery, breadcrumb sauce and paila marina a delicious seafood chowder.
Traditional chile food and main courses Porotos granados another summertime meal also originally from the central regions of the country, porotos granados is a stew comprising white beans, corn, onion, garlic and pumpkin, the latter of which is often mashed to thicken the dish. Caldillo de congrio originally hailing from the northern coastal region of chile, caldillo de congrio is a soup containing conger eel and vegetables and sometimes other seafood such as mussels and clams.
Food in santiago, chile Focus on good produce and meats like the brisketlike carne mechada. Traditional dishes, like the palta cardenal, an avocado stuffed with shrimp salad, have the kind of flavor that comes from unhurried preparation.
Safe eating while travelling in chile Salads and fruit are fine to eat, even if they have been washed, but only in big cities. In more remote places, avoid anything that could have been washed as the water here isn’t drinkable. As always, if food doesn’t look or smell right, or might have been left out in the sun for too long then stay away from it.
Where and what to eat in chile Even in the touristic areas, we were able to find local restaurants that offered cheap and good lunch deals with “cazuela de vacuno” (typical chilean meat soup) and other simple, but tasty dishes. At a certain point during your travel to chile, we recommend you to try “chorrillana”, a very unhealthy, but delicious dish with meat, eggs, onions and french fries. In chile you will find fish and seafood at a reasonable price, and in some markets you can eat great seafood for little money.
Whats the food like in chile? Specialities include cazuela de ave which is a tasty chicken stew with potatoes, rice, onions with green peppers, pastel de choclo which is a casserole of beef with a maize mash baked in an earthenware bowl and caldillo de congrio, which is a soup with large pieces of fish with onions and potato. Mixed grills (parillada) are also very popular in chile, either seafood grills (parillada de mariscos) or grilled meats, offal and intestines are served in a miniature bbq on your table. 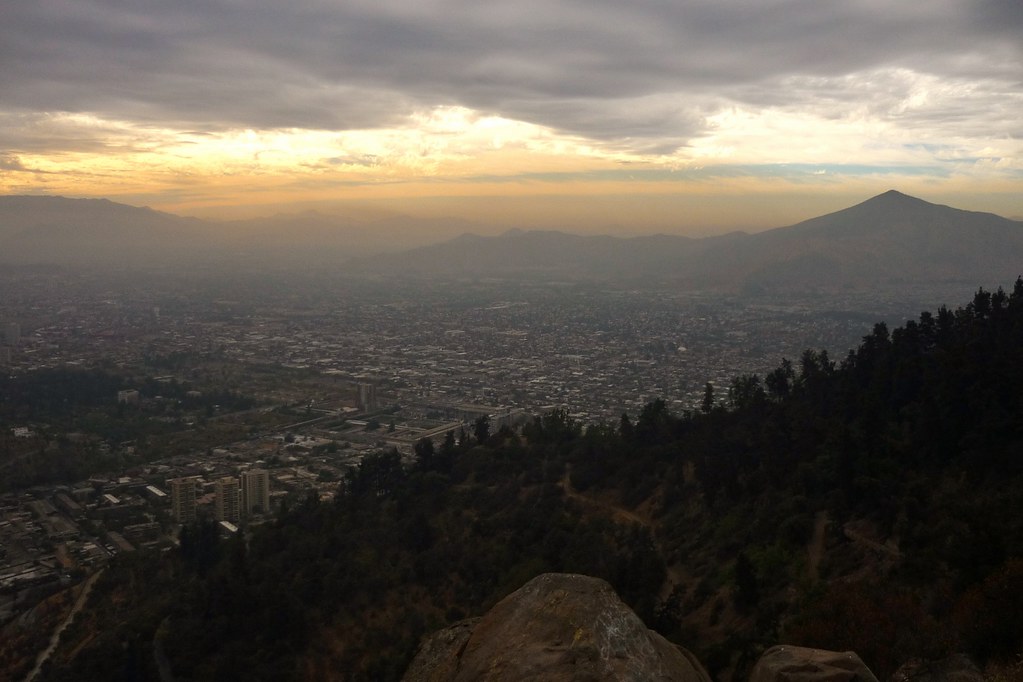 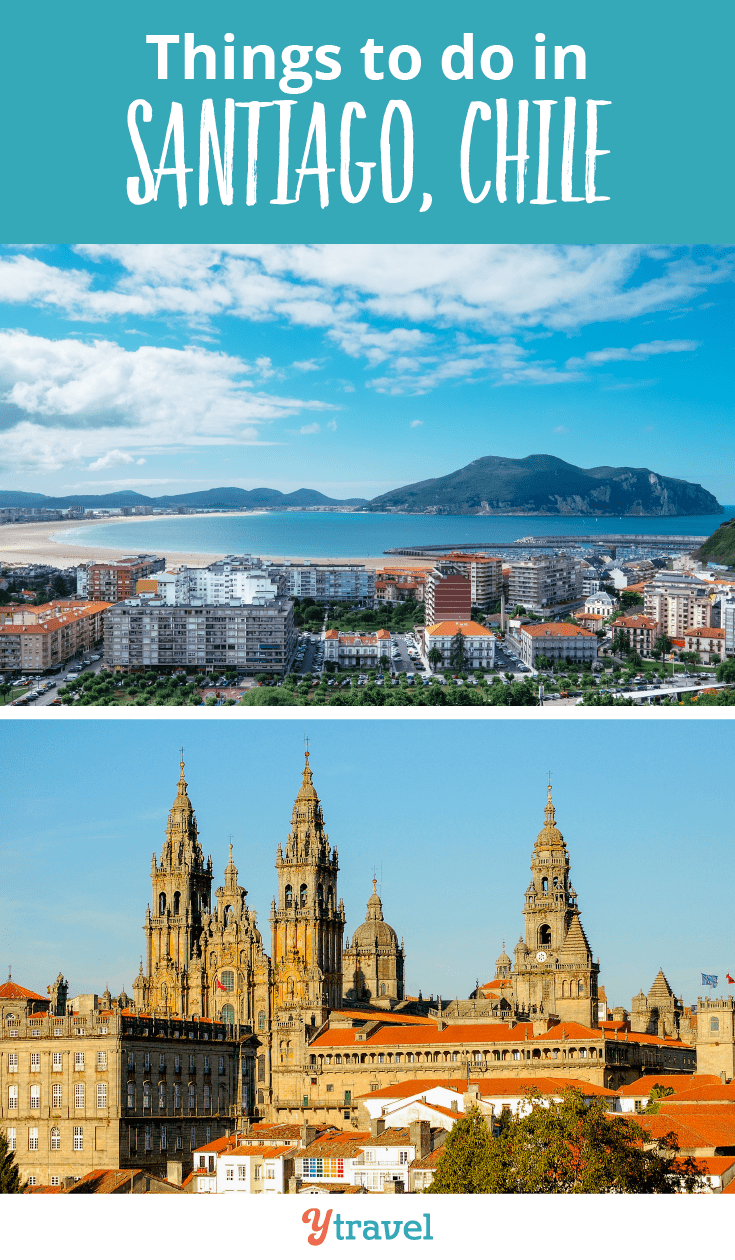 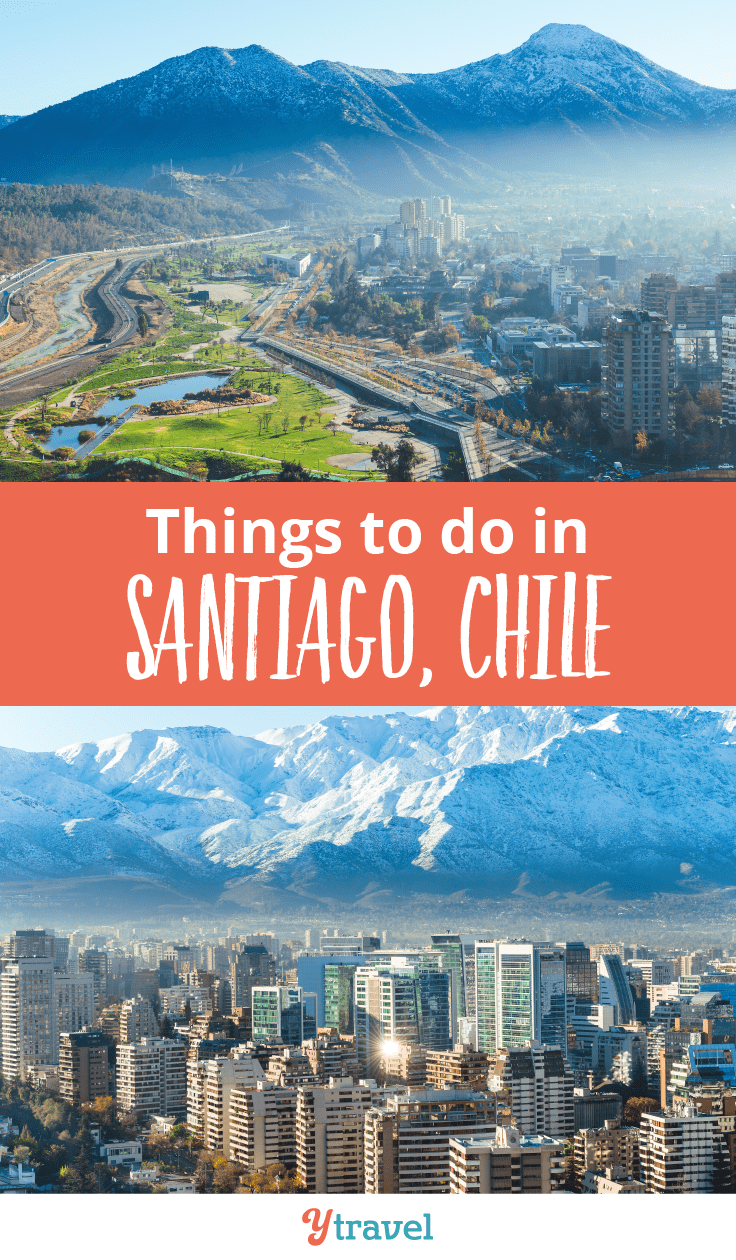 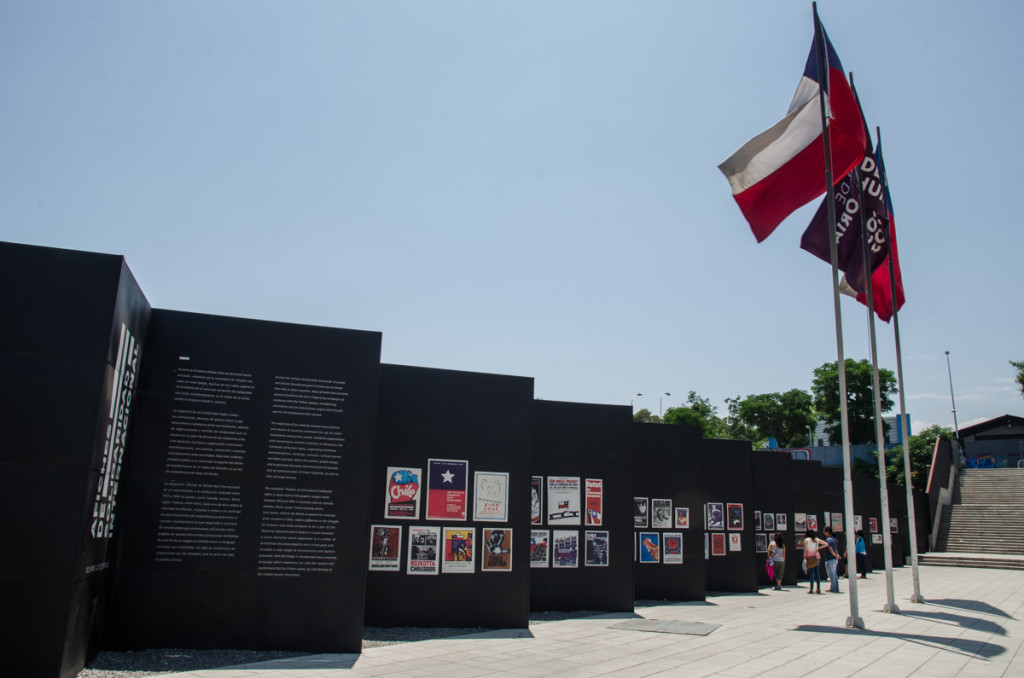 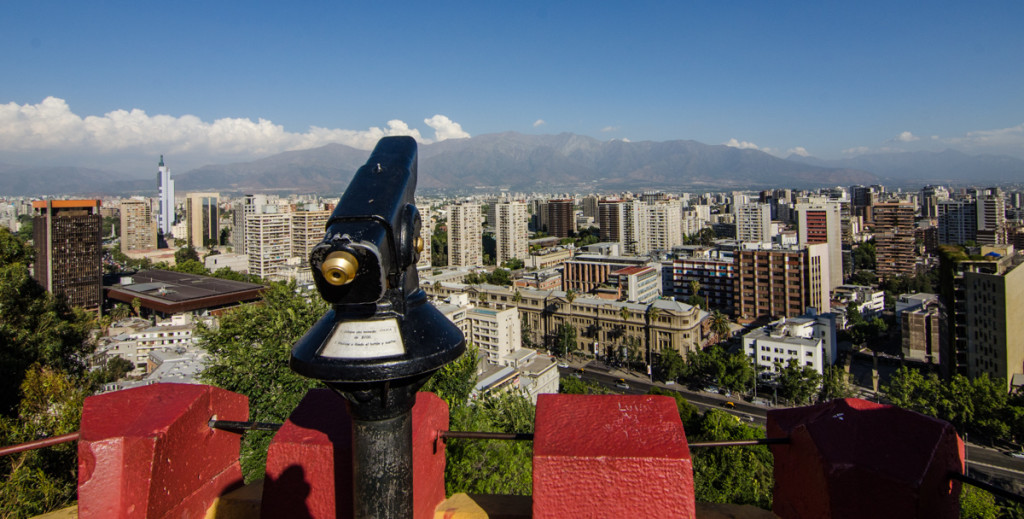 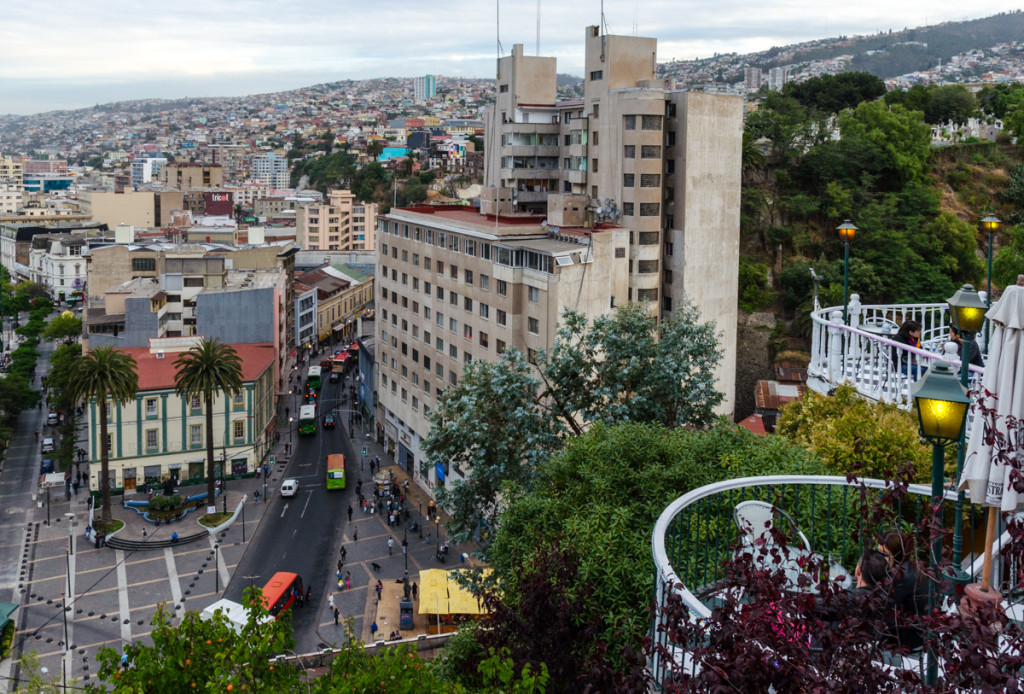 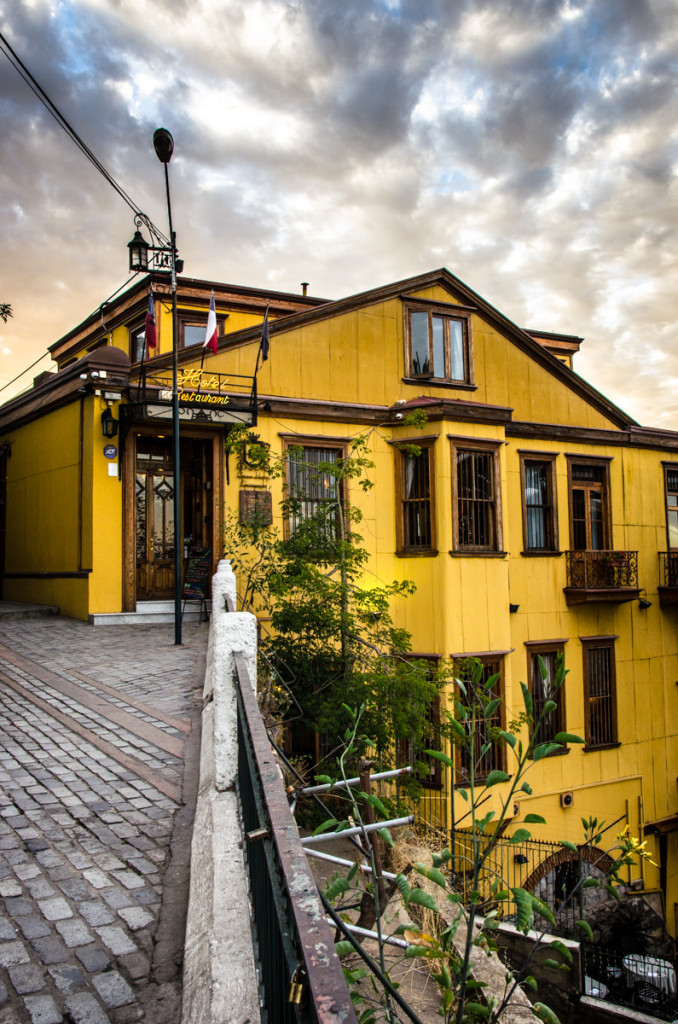 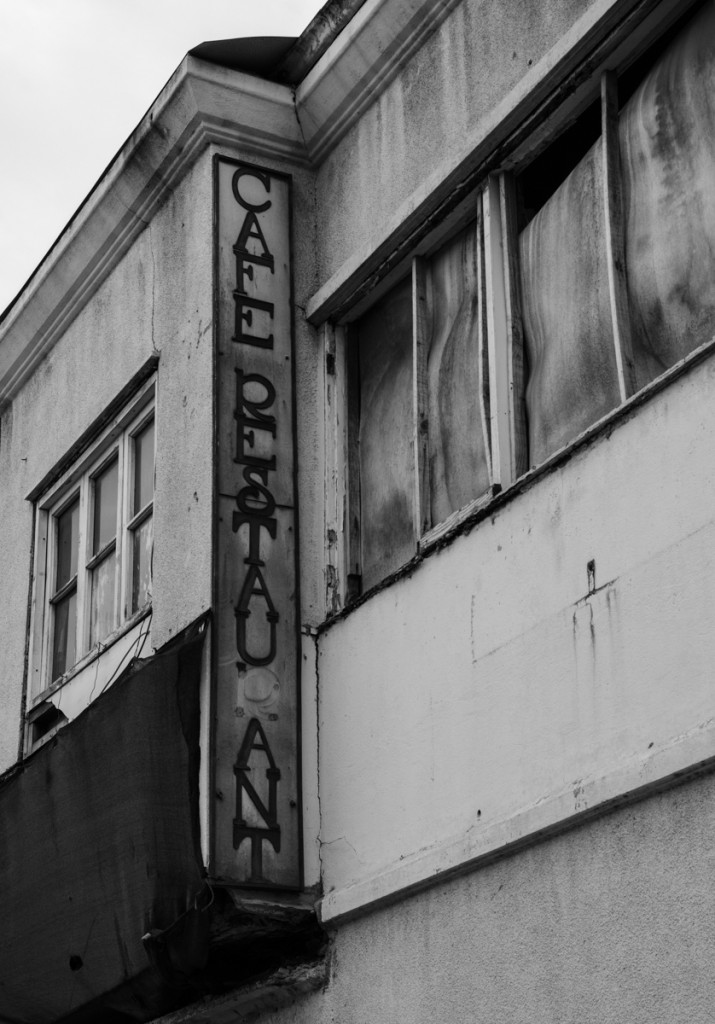 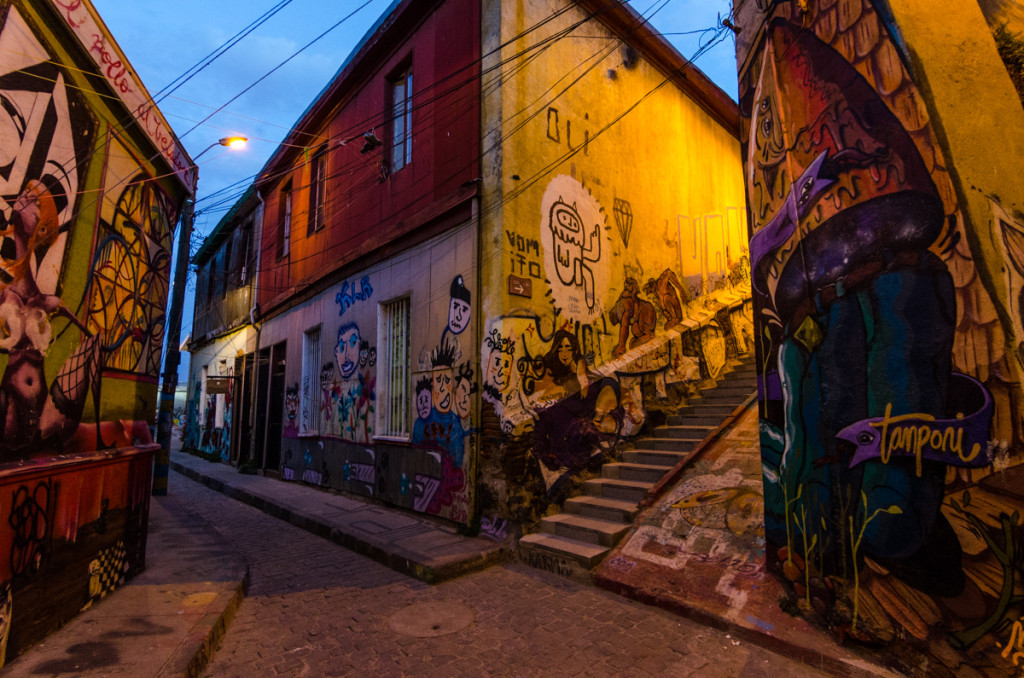 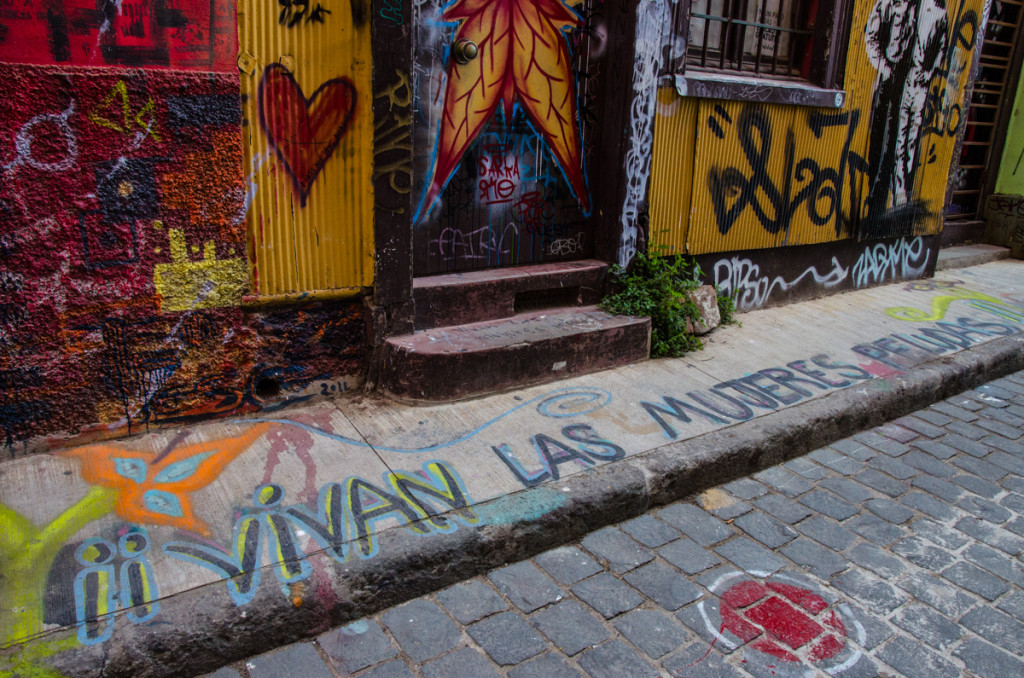 dprt_iatacd (dprt_iatanm)
→
arr_iatacd(arr_iatanm)
dprt_timeloc
arr_timeloc
fl_duration
travel_class
seats_avail
carrier_nm (carrier_code flight_nm)
aircraft_nm
fl_layover
priceperadult
taxperadult
Best hotels and neighborhoods to stay in santiago de chile
But for others, it is a vibrant city, with very entertaining neighborhoods, close to nature, with a great cultural offer and special nightlife. If you are looking to tour the city quickly, i recommend this tour that visits the most important places in the city. Book here to know santiago including different neighborhoods and thus have an idea of santiago. .
# santiago # chile
Celebrating christmas in chile and traditions
Since i was a kid i remember christmas was the most expected day of the year, after my birthdays, christmas was also the announcement of the holidays and summer. If you continue to use this site we will assume that you are happy with it. .
# chile
10 reasons why everybody loves chile
This. . . what to know before your first trip to chileif you have already scheduled your trip to chile, it is because you have probably already heard that chile is one of the most beautiful countries in the world. Growing up dreaming of travel and international exploration, gloria set out to make her dreams come true. .
# chile
Chile
Sign up for our newsletter to receive insights and advice from our travel experts. Phonethis field is for validation purposes and should be left unchanged. .
# chile
Santiago and valparaiso, chile
The kind of flight that is not long enough to get any decent amount of sleep. As we approached santiago, the captain told us to look over the left for the majestic cerro aconcagua, the highest mountain in the western hemisphere at 22,841 feet (6,962 m). At the beginning of this trip i had a desire to hike to the top of it, it being one of the easiest 22,000+ foot peaks you can reach without any technical climbing. .
# valparaiso # santiago # chile